The Problems with ITIL’s Approach to Support Ticket Prioritization

Welcome to the first in our two-part blog series A New Approach to Ticket Prioritization.

This post focuses on explaining the ITIL best practice approach when it comes to help desk ticket prioritization. We’ll explain the associated pros and cons of this approach and the reality of implementing these in a real-world business environment.

WHAT IS A SUPPORT TICKET?

The ITIL service management framework stipulates that every interaction between a business and its IT provider–whether internal or external–should be recorded in the form of a support ticket. This electronic record effectively serves as the point of reference for both business users and IT personnel to track the progress of the work throughout its life cycle.

Each support ticket contains a description of the required work and specific data that the IT team will use to determine the ticket’s priority–which, in ITIL terms, is derived from the urgency and impact of the ticket. The ticket’s owner is then responsible for its management right up to its resolution and subsequent closure.

However, whilst ticket prioritization based on urgency and impact adheres to ITIL best practice, it is not the only method available. In fact, when coupled with a more flexible approach, greater value can be returned to the business in a shorter amount of time.

WHAT ARE ITIL BEST PRACTICE GUIDELINES FOR PRIORITIZATION?

THE PROS AND CONS OF ITIL BEST PRACTICE

While ITIL best practice guidelines are stringently followed by businesses and IT providers alike, they present both pros and cons.

In reality, many IT providers deal with tickets on a priority basis. This approach makes sense because the higher priority tickets are, in theory, causing the business more pain. Therefore, by focusing on the highest priority tickets first, the high-impact business issues will be picked up before the lower impact issues and can be resolved in the swiftest time possible.

Also, priority based on urgency and impact is a simple way to derive priorities for IT service providers. There is no doubt involved when it comes to prioritizing tickets and every interaction is dealt with in a systematic and predictable way.

However, in practice, urgency tends not to vary too much between tickets. Some tickets with the same business impact may vary in the how quickly they need to be addressed but this is quite uncommon. For this reason, the urgency is perhaps not as valuable a differentiating criterion as some other factors, such as the impact.

Furthermore and more significantly, by focusing on high priority tickets, there is a danger that lower priority ones get neglected.

THE REALITY OF ITIL BEST PRACTICE

This is a situation where lower priority tasks sometimes get neglected and, in extreme circumstances, don’t get dealt with at all. So, while the business feels less in terms of impact from a high priority ticket, there are certain individuals who become ultimately frustrated by the lack of attention their issue is receiving.

This actuality leads to business users submitting every request as “high priority” in the knowledge that it will be dealt with more swiftly–a scenario that is less than ideal.

WHAT ARE ITIL BEST PRACTICES WHEN CONSIDERING TARGET RESOLUTION TIMES?

As well as guidance on assigning a priority to a ticket, the ITIL framework provides businesses and IT service providers with guidelines for target resolution times. Obviously, each service contract is governed by its respective service level agreement (SLA), but the following diagram shows typical target resolution times based on priority: 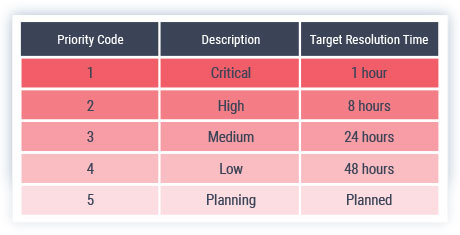 Target resolution time is a standard metric in every SLA and one that can be closely monitored by both the business and IT service provider.

These consistent low priority ticket breaches have a negative impact on the top-line SLAs, when in reality, they may represent quick wins for IT service providers that do not detrimentally affect the resolution of higher priority tickets.

The key results for a ticket prioritizing method are that it returns the highest business value in the shortest time whilst at the same time not neglecting the lower priority tickets. The assigning of a priority to tickets, having a target resolution time associated with each priority and then ordering the tickets in an order of how much time remains before the target resolution time is met is the most sophisticated solution that exists in the ITIL guidance.

Read the next part of this blog content series to learn more or download the full whitepaper detailing our complete research into this new approach to ticket prioritization. 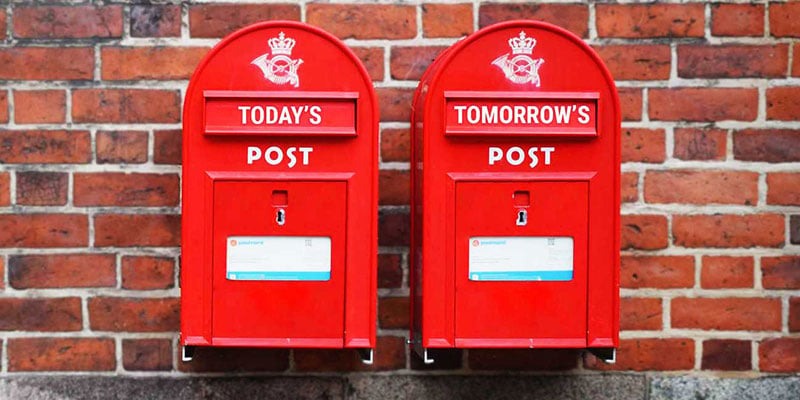 Vivantio was founded on the idea that great service starts at the core of any organization. Our goal is to empower companies to achieve unparalleled service excellence through our unified platform that’s flexible and scalable.